Get fresh music recommendations delivered to your inbox every Friday.
We've updated our Terms of Use. You can review the changes here.

The Ale's What Cures Ye 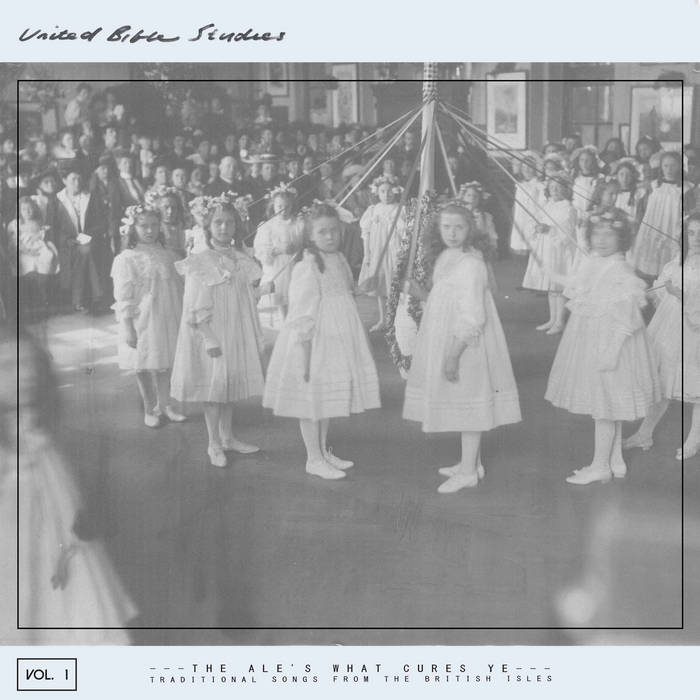 Jono Schneider Just so stunning. Thanks for making this dear music.

Sold out at source...

'Atmospheric hoard from shadowy folk collective... The eldritch aesthetic of United Bible Studies might present them as kindred spirits of, say, Current 93. In fact, for all the sombre tones and distant hint of drone, this limited edition is a good deal more approachable than that: a set of traditional songs that should beguile orthodox fans as much as it does those bickering over the acid/freak/wyrd-folk nomenclature. The rustle of field recording provides a certain lo-fi ambience. but it's the warmth & precision of the performances that are striking, shifting from spare enchantments recalling Alasdair Roberts ('Twa Corbies') to Watersons-style acapella knees-ups. A little psychedelic, no doubt, but it's probably the ale, not the acid, that's prevalent.' John Mulvey, UNCUT.

"...'The Ale...' is beautifully recorded, evidently in numerous different locations, with coming and going vocalists contributing to a mesmerising group sound. The sense of the journey is epic, on many levels" - The Wire

''...a superb collection, as authentic as it is novel, delivered by a group of musicians who tackle folk in the best way possible: by taking the past, revering it, and then injecting a modern perspective.'' Dusted Magazine

"United Bible Studies are one of those whose popularity is growing like a snowball running down a big mountain slowly. Their first release was 12 years ago but there has not been any sudden burst of PR, just just steady hard work winning over festival crowds and slowly growing. Who else would record a harmonium in a beach cave?" - Was Ist Das

"A joy from start to finish this album seems to connect with the very essence of what United Bible Studies are about and, as such, seems to be an essential purchase." - Terrascope

"Sometimes you need to get your hands dirty in order to feel something real. United Bible Studies know this all too well, so roll your sleeves up and dig in just to receive their gentle kiss on your cheek." - The Big Takeover

"The entire collection is richly evocative of the UK’s folk revival, early albums and songs from the Incredible String Band and others, though the circumstances of the recording and variety of songs displace their psychedelic tendencies with a more explicit sense of memory, space, and reverence." - Decoder Magazine

"Did you notice the break in the flow there? This United Bible Studies album has taken up quite a few hours of the working day and the listening time." - Organart

Recorded at Greenwitch, West Moors and Mupe Bay Smuggler's Cave in Dorset, Ballymahon in Ireland, and the English countryside

Recorded by Gavin Prior in Dublin, Ireland

The Sweet Streams Of Nancy

Waiting For Another Day

Written by Water Into Wine Band

'The music of United Bible Studies always emanates from a place where primal, slightly dangerous forces live.... Conjuring improvisations from pastoral forms and earthy drones, their art teeters between fierce exaltations of the flesh and celestial spiritual journeys.' The Wire ... more

Frayle's Gwyn Strang and Sean Bilovecky join the show to talk about their cathartic new album.