Get fresh music recommendations delivered to your inbox every Friday.
We've updated our Terms of Use. You can review the changes here.

The Star Of The Sea Moves Today To Its Rising 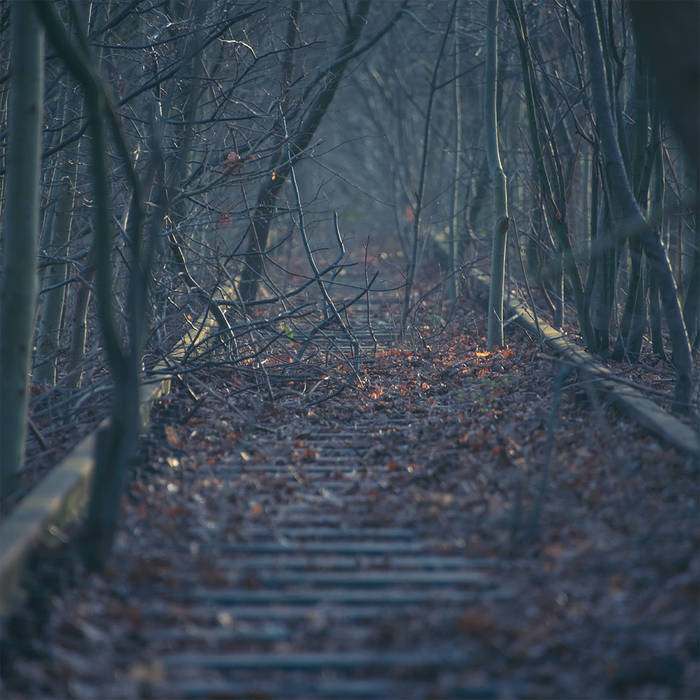 A film for Frontier Auras by Lauren Winton

It’s always exciting to welcome back our Irish cousins United Bible Studies, this time for their third release with Deep Water. The Star of the Sea Moves Today to Its Rising extends and refines the methods explored on the collective’s previous DW release, 2015’s So As To Preserve the Mystery, weaving together experimental compositional technique and modernist art song with ancient pagan hymnology and the half-heard sounds of ghostly music emanating from an abandoned church on some windswept headland. Spare but richly-appointed arrangements combine subtle layers of piano, strings, woodwinds, voices, harp, harmonium, all manner of natural sounds, and a very occasional guitar into haunting soundscapes that evoke stark Northern shores in those liminal hours between dark and light, invoking the spectral presences that manifest there via the stately, understated grace of the natural mystic. Eight tracks, 53 minutes

'This ever evolving band of musicians have amassed quite a back catalogue and are never less than interesting , for this outing we start with a spoken word poem from David Colohan, which evolves into a lovely piano and ghostly vocal piece, unwinding at a very slow pace with curlicues of clarinet and soft drones. “Darkest Hour Is The Dawn”, follows a similar path, a sort of ghostly chamber folk piece. The centre piece of the record is the title track “The Star Of The Sea Moves Today To Its Rising”, a ten minute slowly unfurling piece played on all manner of instruments, slow and meandering. “The Wait”, is a pretty, harp led song, played here by long standing member Aine O’ Dwyer. “O Girl Of The Branches”, ups the freak folk factor, an 18 minute song sung by the distinctive voice of Alison O’Donnell, who joins the song halfway through. It is a disarmingly eerie song, cluttered by forest debris, a song that’s based on Aine O’Dwyers piano piece ‘The Sitting Room’. The record ends with “Waves Which Have Kept Me”, decorated by all manner of strange instruments, creating a calming song which slides by as if in a dream.' Terrascope Online

'Sometimes you stumble upon things quite by accident and they send you off down the rabbit hole often with amazing results. I have often stated not only on these pages but to anyone who is willing to listen, how much truly great music is out there for those wishing to make an effort. This album has got under my skin, and it’s unlike anything else that I have played for sometime.
The roots of this album certainly lay within the realms of folk music, it feels organic, earthy and ancient. The album opens with ‘Frontier Auras‘ which (like the album itself) takes its time to reveal itself and still revealing nothing. The following track ‘Leumnàchn’ is a slow moving loose piece that seems to be a lament to something, of what I’m not quite sure, and it is these secrets that make the album such and unique and enjoyable listen. The album moves a glacial pace drifting from the present to what sound like echos from a forgotten past. The title track itself uses silence almost as an instrument and in the hustle and bustle of modern life this is a powerful and brave thing to do. Maybe this is the message (if indeed there is or even needs to be one) that if we should take some time just to shut up and listen and maybe to paraphrase Dylan the answers are blowing in the wind and maybe we are just too busy to listen. The album highlight for me is the eighteen plus minutes of ‘ O Girl of the Branches’ seems to drift into the avent-garde and giving it a kind of Folk-Jazz feel to it.
I have played this album a number of times now and have found something new on each listen. It is a album that a times challenges the listener and for those open minded and patient enough to accept the challenge the rewards are plentiful and once you let this album in I expect it will stay with for a very long time.' Heathenmofoblog

United Bible Studies are a prolific band who since their formation in 2001 have amassed a catalogue of nearly 30 releases on various labels and formats; this is their third with Deep Water. Founders David Colohan and James Rider are joined by a revolving cast of collaborators on each release, the line-up on this album including many important names from the overlapping worlds of underground folk and experimental music, including Gayle Brogan (Pefkin, Electroscope, Barrett's Dottled Beauty), Alison Cotton (The Left Outsides, The Eighteenth Day of May, Saloon), Grey Malkin (The Hare and the Moon), Alison O'Donnell (Mellow Candle, Flibbertigibbet, The Owl Service, Firefay), Michael Tanner (Plinth), and Richard Moult (Far Black Furlong and solo). The cover photograph of an abandoned railway reclaimed by nature sets the scene for the deeply evocative music contained within. Frontier Auras is sophisticated art music that encompasses abstract modern classical, ambient, and medieval-tinged chanting. Leumnàchan is plaintive, ethereal art-folk intertwined with dreamlike, cinematic neoclassical music and poetry. The title track is multifaceted, filmic sound art, with subtle melodies created by strings, woodwind, piano and chanting over a stark ambient backdrop and bookended by unsettling drones. The Wait is a beautiful harp composition straddling the boundaries between folk, classical and experimental, brought together with sophisticated, evocative songwriting. O Girl of the Branches is an epic piece close to 20 minutes in length, which uses heavily processed nature sounds such as the call of corvids and the crackle of twigs underfoot among its range of instruments alongside woodwind, guitar and piano. Alison O'Donnell joins the piece partway through with her powerful sung poetry. A creative and intelligent album of great depth. Bliss/Aquamarine

'The music of United Bible Studies always emanates from a place where primal, slightly dangerous forces live.... Conjuring improvisations from pastoral forms and earthy drones, their art teeters between fierce exaltations of the flesh and celestial spiritual journeys.' The Wire ... more

Frayle's Gwyn Strang and Sean Bilovecky join the show to talk about their cathartic new album.